Updated on:9 October 2020, 17:24pm IST
Richa Chadha might have been given several tags like ‘bold or brash’, but she’s unfazed by it all! She believes in being honest and authentic with her audience, and that’s what helps her keep her mental health in check.
Geetika Sachdev

Bollywood actor Richa Chadha has always impressed critics and audiences alike, with her acting chops. Whether it is her character Bholi Punjaban in Fukrey or Devi in Masaan, she has left a deep impression on the minds of her viewers.

Often called ‘bold and brash’ for her choice of roles or being vocal on social media, Richa doesn’t pay heed to any tags and goes about her life. All she believes in is being authentic and real, and that’s visible from the kind of posts she puts out!

In an exclusive conversation with Health Shots, Richa shares how she keeps herself centred, the growing toxicity of news, and how the pandemic has given her time to pursue her creative interests.

Being a public figure isn’t easy, especially because you’re under the scanner all the time. But Richa doesn’t ‘succumb to the pressure of constantly being in the public eye’.

“I know that sometimes I haven’t posted on Instagram in two days, and that’s okay. It is so mingled with work at the moment. It is not easy but I am finding that the more authentic and honest I can be, I can create a subculture that is honest and follows me for who I am, and not just for the image or the persona from my films,” she shares.

There is growing toxicity all around today, be it on social media or otherwise, and Richa believes it might take some time, but this vicious cycle, too, will come to an end. 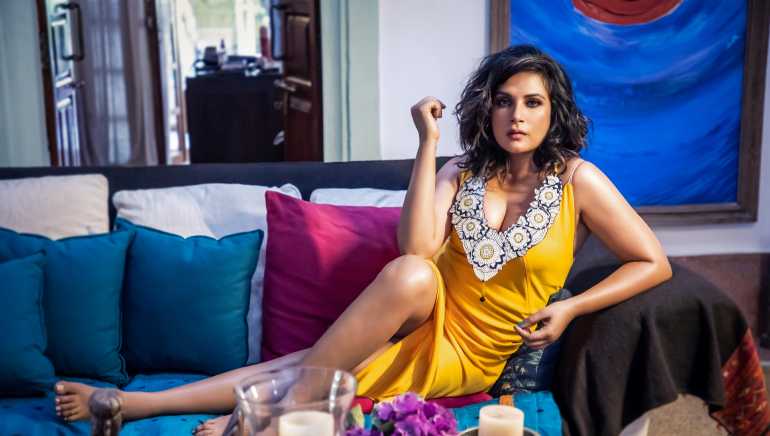 “That’s because this kind of hatred creates a lot of triggers for people who are already dealing with anxiety,” she says, adding that while she doesn’t personally suffer from anxiety, she employs some healthy practices to deal with the hate and negativity around.

On dealing with trolls

“I don’t really tackle trolls. If they shame me, I shame them back. And I think most people are just surprised that a celebrity is replying to them, or giving them a taste of their own medicine. Most of them don’t have the stomach for it. Trolls are learning to leave me alone, because I haven’t been trolled off late. Perhaps that’s because I respond with humour or sarcasm,” shares Richa.

In her view, actors should not be considered as ‘role models’, because there are better people in the world to emulate.

“I don’t want to be someone whose code of conduct is emulated by anybody. So if I tackle a troll as ruthlessly as they attempted to troll me, then I think I am entitled to do that. However, I only do that when I have the time, like when I am stuck in a traffic jam, which hasn’t happened in a long time because of the lockdown,” says Richa.

She’s extremely adept at figuring out how social media works, and doesn’t believe in indulging trolls who either target her for a difference in political opinion.

“When there’s a political difference of opinion, then political trolls are unleashed on you. These are basically new accounts with one or two followers that have no face or identity. I don’t take them seriously.  Even if it’s a systematic troll attack, I try to figure out a strategy to beat them, but it hasn’t happened so far that I have been deeply impacted by a troll attack,” adds Richa. 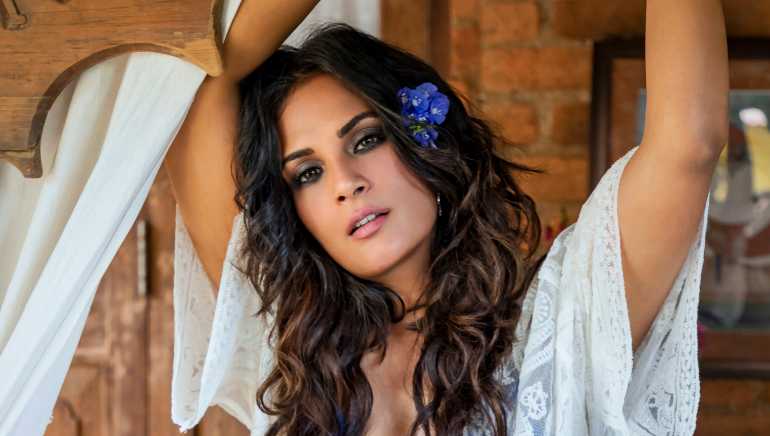 Cancel culture is something Richa doesn’t subscribe to, because she feels that nobody is perfect! Taking Mahatma Gandhi’s example, she says: “If someone known as the Mahatma can have flaws, so can every ordinary person. I don’t take troll attacks seriously, from either side of the political or social spectrum,” explains Richa.

Dealing with the negativity on social media

“More than the negativity on social media, it is the nature of the news. I am more depressed reading about a girl who gets raped and her tongue is cut off, and her spine is broken, or a girl whose body is mutilated. Things like these, or even videos of lynching or murder being live streamed is what affects me more than any amount of stupid, toxic trolling by frustrated sexually-repressed Indian men,” she says.

Richa is compassionate about the pain of others, and she feels it also makes her realise how privileged she is, both socially and economically.

“Trolling doesn’t affect my mental health, but negativity and toxicity of the news definitely does,” she adds.

Pursuing her creative interests during the pandemic

For Richa, the pandemic has helped her to channelise her creativity and pursue all that she wanted to earlier.

“I have always longed to have more time, longed to have more bandwidth to explore things that I enjoy doing like writing, photography, sketching, singing, and dancing. So, while I was unable to achieve everything that I set out to, I certainly got a lot of time to myself during the pandemic. I learnt how to cook, and even learnt a new martial arts form,” shares Richa.

She believes one must keep busy with things that they enjoy, instead of just mindlessly working in life. Richa calls these creative pursuits “intrinsic to human expression”, and feels that it really brings out the best in people!

“The power is in your hands,” she says

Richa has a word of advice for those who are being negatively impacted by social media.

“I want to tell them to just switch it off. The power is in your hands, just delete it and move on. Or just delete it from your phone, so that you can do stuff in real life. Social media is just a quick networking space and often ends up becoming a space, which is your only source of validation, and that should not be the case,” says Richa.