A personal loss forced me to go on a weight loss journey. This is my story

Updated on:10 September 2020, 10:20am IST
Erratic and unhealthy food habits led Jagriti Kohli into obesity at a young age. It took a personal loss to teach Jagriti the value and urgency of a healthy lifestyle.
Reader Submission

I grew up in a hardcore Punjabi household. And as is the norm in joint families and giant households, food—rather the excess of food—was always within reach. As I grew up and was introduced to the likes of Maggi and soft drinks, my junk food intake increased. By the time I turned 12, I was already weighing 62 kilos.

For me, puberty and obesity went hand in hand…
My eating habits soon began to cause a series of health problems. My fondness for junk food led to a continuous increase in my weight. It also caused an excessive outburst of acne at the age of 15 years, hormonal imbalances, and increasingly painful periods.

Most of my health concerns were related to my excessive weight. My weight had been steadily increasing since the age of 12, owing to the continued abuse of my body. By the time I turned 18, I was weighing 75 kilos.

From obesity to PCOD…
Somewhere around my 24th birthday, I decided to visit a doctor for my irregular and painful periods. Owing to my weight being on the heavier side and my unhealthy eating habits, I was diagnosed with polycystic ovary disease aka PCOD.

Mind you, I was a young, impressionable woman dealing with PCOD, obesity, hormonal imbalance and painful periods—all at the same time. As a result, I began to lose my self-confidence and worth. This was the early 90s when body-shaming wasn’t spoken about or addressed out in the open. One resorted to girlfriends and agony aunt columns to even vent. All the drawing-room conversations became about my weight, and as a result, I became too self-conscious of my fat body.

Relapses and rebooting…
As I began to work, I stopped bothering about my weight too much. I was by now managing my PCOD under medical supervision and yet paid no heed to adapt to a healthy lifestyle. I did try to fit in aerobic workouts at some point and modified my diet a little with a dietician’s help. My efforts bore fruit and I ended up losing up to eight kilos in six months.

Also, read: Losing weight when you have PCOS is tough, but not impossible. Here’s how

Unfortunately, despite having shrugged off some kilos, I was unable to keep up with the momentum. Owing to a hectic work schedule, I became accustomed to binge eating and eating outside. Somewhere around this time, a desperate me succumbed to trying a fad diet of eating ragi and similar food items. Unfortunately, the impracticality of this only led to unfounded results and dropping morale. I eventually let go of these experiments and decided to live with the tipping weighing scales.

Sometimes it takes a loss to value what you need to protect…
My mother was a chronic patient of diabetes. She had been suffering since her late 30’s and had to consume multiple medicines just to keep her diabetes under control. Despite rationing her sugar intake and being regular with her medications, we lost her in 2013, owing to complications arising from diabetes.

Yes, she was overweight.

I was 36-years-old when my mother passed away. Her demise caused me immense physical, mental and emotional distress. This coupled with my unhealthy lifestyle, began to take a toll on me and I would fall ill frequently.

A visit to the local general practitioner eventually forced me to face the truth and to get on the weighing scale. I was 36 years old, 5’5” inches tall, and I weighed 83 kilos! I walked out of the clinic with a warning—I was a walking time bomb.

I had no option but to start making healthier choices. 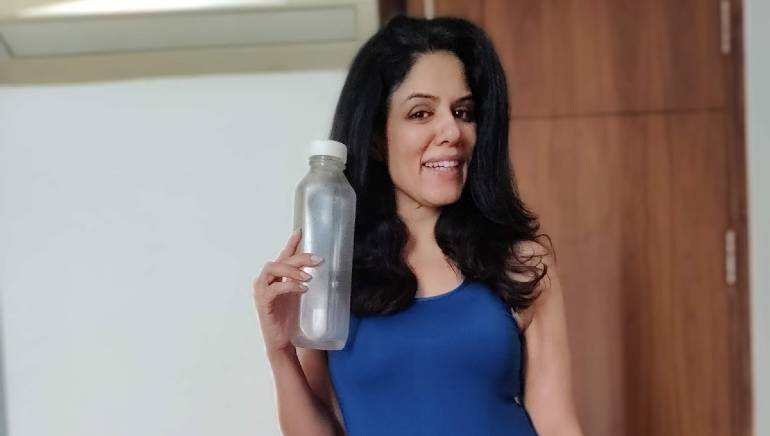 Taking charge of my story…
I started cutting down on my food intake and even joined an all-women’s Zumba club. This time I was committed and regular, and ended up losing six kilos in a year. This was followed by a visit to a practising nutritionist in 2016, who advised me to avoid all fad diets and follow a customized diet that was suited for my body and my needs.

My one-and-a-half-year long journey of getting fitter started then.

I was told to make simple dietary changes such as consuming three litres of water daily to wash off toxins, giving up packaged food and excess sugar, and adding greens to my diet. I was encouraged to eat a balanced diet which would include carbohydrates, proteins and fat.

And after years of avoiding the gym, I finally realized the power of a good workout as I gradually began strength training, under the guidance of a personal trainer. My focus here was to avoid injuries and focus on my posture and form. After three months of regularly gymming, I fell in love with my workouts and they soon became something I eagerly looked forward to. Come hail, come storm, I never skipped a session.

After dedicating myself to my health and working out regularly for a year, I was delighted to see the number 56 on the weighing scale, that too right on my 40th birthday. I had lost 27 kilos since 2013 and it had taken all of my determination. 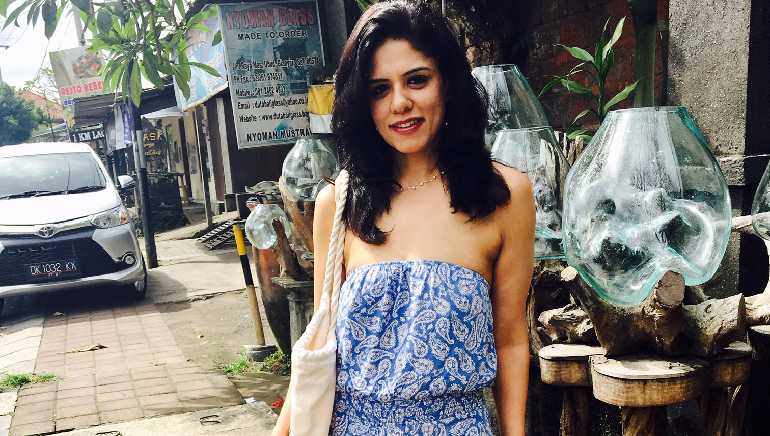 To never look back…
Gradually my metabolism began to improve and my immunity too got much stronger. For someone who was jostling with regulating bouts of cold and cough, I was suddenly liberated.

Today, I am in love with my health and my new routine. I work out regularly, eat healthily and ensure all my nutrients reach me in the right proportions. I learned it the hard way that one needs to learn what works for their body and work towards that. It isn’t one size fits all. From a girl who would huff and puff on simply climbing a few steps, I have become somebody who can’t live without her high impact workouts.

Let me be honest and also commend the cosmetic changes. I shrunk from a 36’ waistline to a 28’ waist and I have been able to inspire more than 50 individuals to commit to their health.

For everyone reading, take care of your body, it is the only place you have to live in. If I can win over bad metabolism, hormonal imbalances, that too at the wrong side of 40, what is your excuse?

These stories are curated from our wonderful readers, who have been brave enough to share their most intimate stories with us.