Your metabolism has a role to play in your risk of depression, says this study

Published on:14 January 2021, 11:22am IST
A study from the University of California, San Diego, has discovered that molecules produced by a person’s metabolism can predict their risk of depression.
ANI

When we talk about depression, we often wonder what could be the cause of it in a person. While we know mental illnesses like depression stem from chemical imbalances in the brain to a large extent, the role of emotional trauma and mental stress also cannot be ignored.

However, now researchers are discovering that your metabolism could also have a role to play in it. Researchers at University of California San Diego School of Medicine, in collaboration with Dutch scientists, have found that certain metabolites may be predictive indicators for persons at risk for recurrent major depressive disorder.

Metabolites are considered to be molecules produced by metabolism.

The findings were published in the online issue of Translational Psychiatry.

“This is evidence for a mitochondrial nexus at the heart of depression,” said senior author Robert K. Naviaux, MD, PhD, professor of medicine, paediatrics and pathology at UC San Diego School of Medicine.

“It’s a small study, but it is the first to show the potential of using metabolic markers as predictive clinical indicators of patients at greatest risk—and lower risk—for recurring bouts of major depressive symptoms,” added Naviaux.

Metabolism and depression: what’s the connection?

Recurrent major depressive disorder (in lay terms, clinical depression) is a mood disorder characterized by multiple symptoms in combination: feelings of sadness or hopelessness, anger or frustration, loss of interest, sleep disturbances, anxiety, slowed or difficulty thinking, suicidal thoughts and unexplained physical problems, such as back pain or headaches.

For their study, Naviaux and colleagues in The Netherlands recruited 68 subjects (45 females, 23 males) with rMDD who were in antidepressant-free remission and 59 age- and gender-matched controls. After collecting blood from patients who were in remission, the patients were followed prospectively for two-and-a-half years.

Results showed that a metabolic signature found when patients were well could predict which patients were most likely to relapse up to two-and-a-half years in the future. The accuracy of this prediction was more than 90%.

Analysis of the most predictive chemicals found they belong to certain kinds of lipids (fats that included eicosanoids and sphingolipids) and purines.

Purines are made from molecules, such as ATP and ADP—the major chemicals used for energy storage in cells, but which also play a role in communications used by cells under stress, known as purinergic signalling.

The researchers found that in subjects with rMDD, changes in specific metabolites in six identified metabolic pathways resulted in fundamental alterations of important cellular activities. 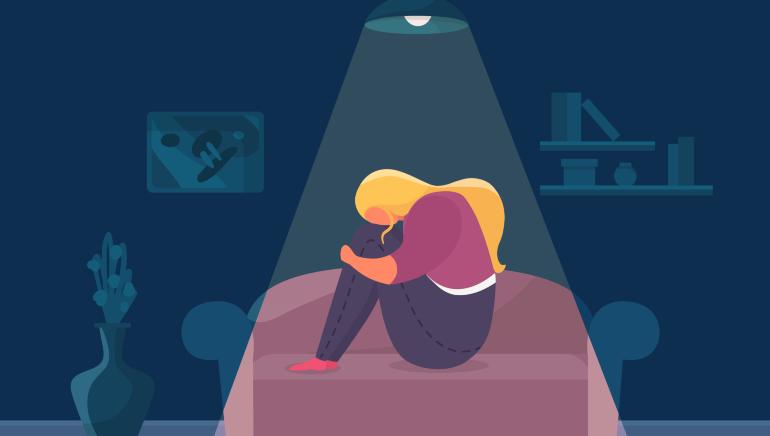 “These differences are not visible through ordinary clinical assessment, but suggest that the use of metabolomics—the biological study of metabolites—could be a new tool for predicting which patients are most vulnerable to a recurrence of depressive symptoms,” added Naviaux.

The authors noted that their initial findings require validation in a larger study of at least 198 females and 198 males (99 cases and 99 controls each).