Type 2 diabetes can have serious long-term implications on youth: Study

Published on:3 August 2021, 10:30am IST
According to a new study, people with type 2 diabetes diagnosed during their youth have a high risk of developing complications at early ages and have a greater chance of multiple complications within 15 years after diagnosis.
ANI

According to a new study, people with type 2 diabetes diagnosed during youth have a high risk of developing complications at early ages and have a greater chance of multiple complications within 15 years after diagnosis.

The findings of the study were published in the New England Journal of Medicine.

“The original TODAY study showed that youth-onset type 2 diabetes is distinct from adult-onset diabetes – it is both more aggressive and more difficult to control,” said Dr Barbara Linder, NIDDK project scientist for TODAY.

“By following this unique disease course, TODAY2 shows the devastating complications that can develop in what should be the prime of these young people’s lives,” added Dr Linder.

TODAY2 involved 500 original participants from the TODAY study, which began in 2004. TODAY was the first major comparative effectiveness trial for the treatment of type 2 diabetes in youth. The study compared three treatments for managing blood glucose: metformin alone, metformin plus rosiglitazone, and metformin plus intensive lifestyle intervention. Metformin is the only oral medication approved by the US Food and Drug Administration to treat type 2 diabetes in youth.

At the time of enrollment, participants were between the ages of 10-17, had been diagnosed with type 2 diabetes for fewer than two years, and were overweight or had obesity. The average age of participants after the TODAY2 follow-up was 26 years.

Participants in TODAY2 were monitored annually for signs of diabetes complications, including heart disease, kidney disease, diabetic foot complications, and to report other health events. Diabetic eye disease was assessed once during the study, at the seven-year study visit.

1. 67 per cent of participants had high blood pressure

2. Nearly 52 per cent had dyslipidemia or high-fat levels in the blood

3. Around 55 per cent had kidney disease

4. 32 per cent had evidence of nerve disease

Rates did not differ based on the original TODAY study treatment group assignment.

In addition, certain participants had a higher likelihood to develop multiple complications over time, with 28 per cent developing two or more over the follow-up period. Participants who belonged to a minority racial or ethnic group, or who had high blood glucose, high blood pressure, and dyslipidemia were at higher risk for developing a complication.

“Compared to what we see in adults with type 2 diabetes, the participants in TODAY2 developed complications much earlier in their disease course and at a much faster pace over time,” said TODAY2 study chair Dr Philip Zeitler, professor of paediatrics-endocrinology at the University of Colorado School of Medicine. 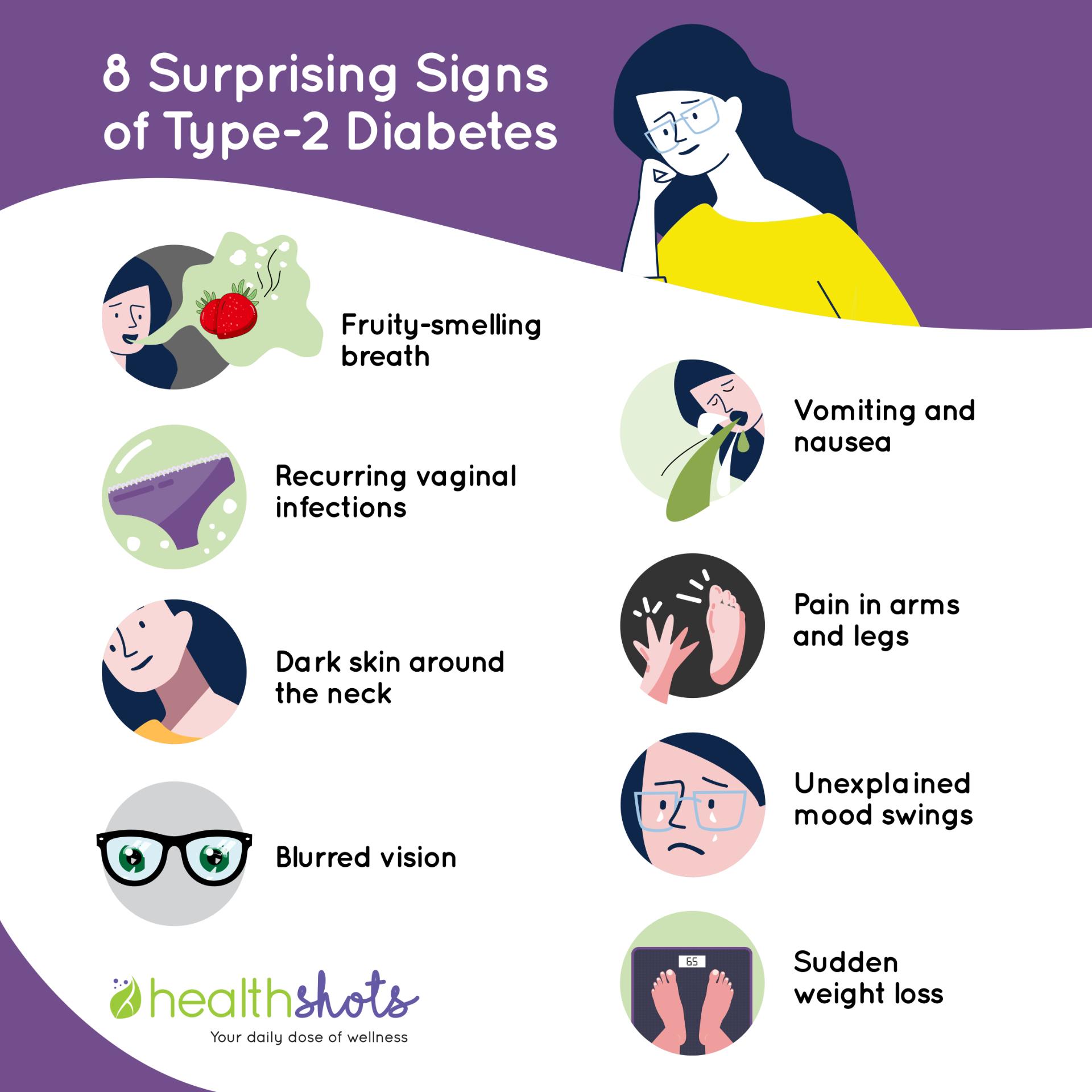 The TODAY study’s diverse cohort is representative of the US youth diagnosed with type 2 diabetes. Study participants had regular, intensive diabetes management through the study at no cost during the original TODAY trial, which researchers note may have actually lowered the rate of complications.

The TODAY and TODAY2 studies were conducted at 15 centres in the US and The George Washington University, Washington, D.C., served as the data coordinating centre.

causes of diabetesDiabeteshow to prevent diabetes